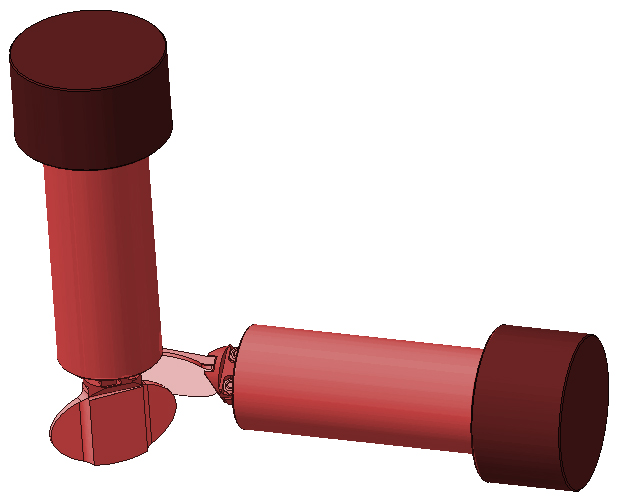 What is an optical scanning system (galvos, scanners and servo amplifiers)?

The optical scanning system is one of the most important components of a laser system. It consists of typically two electronically controlled motors arranged inside a bracket on an X and Y axis.

On each of the motors, a mirror is mounted to reflect and direct laser light. On the opposite side of the motor from the mirror, a position sensor is mounted to tell the control unit the current axis angle. These motors are driven by a fast powerful servo amplifier.

When the scanners receive the signal from your control system, they move

at very fast speeds back and forth, reflecting the laser light and finally projecting lines, contours, and images onto the workpiece.

A galvo is another name for an optical scanner. Galvo is the scientific term when speaking of proportional rotations to a given current.

A system of galvos including their drivers is usually called scanner, as it allows the laser beam to scan over at least one dimension.

The term servo amplifier (or amplifier for short) stands for the part that generates the large currents required for quickly accelerating and decelerating the galvo motors. When talking about (servo) amplifiers for galvos, this typically also includes the position controller.

This website uses cookies to improve your experience while you navigate through the website. Out of these, the cookies that are categorized as necessary are stored on your browser as they are essential for the working of basic functionalities of the website. We also use third-party cookies that help us analyze and understand how you use this website. These cookies will be stored in your browser only with your consent. You also have the option to opt-out of these cookies. But opting out of some of these cookies may affect your browsing experience.
Necessary Always Enabled
Necessary cookies are absolutely essential for the website to function properly. This category only includes cookies that ensures basic functionalities and security features of the website. These cookies do not store any personal information.
Non-necessary
Any cookies that may not be particularly necessary for the website to function and is used specifically to collect user personal data via analytics, ads, other embedded contents are termed as non-necessary cookies. It is mandatory to procure user consent prior to running these cookies on your website.
SAVE & ACCEPT